Elgin bought 326 E. Chicago with the upper level to be for the NHS office and the bottom floor to be rented out as an apartment.  It was purchased for $55,000.

A neighbor came forward with an old picture showing how it used to look.  The city and NHS board decided to put this amazing house back to how it used to look.  It cost $50,000 with a public outcry with people saying more money was put into the home that it will ever be worth.  They were wrong.  With it being on a heavily trafficked street it was noticed by all and became an inspiration for others to renovate their homes in the neighborhood.

garbage picked the original front door when the house was being rehabbed.  He gave it back to us.

At the time Elgin had only one restoration carpenter and that was Dave Hunt.  A local woodworker, John Haight made the posts, the balustrade and the friez at the top of the porch. He passed away but his family currently runs The Haight, a funky wedding venue downtown in the space that used to be his shop.

Here is the home under construction.

home for the neighborhoods ROPE Officer.

to do it again by buying another home to rehab for new offices.  205 N. Gifford was purchased for $40,000.  It was a flophouse with padlocks on every door.  The back stairs and basement were filled to the ceiling with junk as the owner was a pack rat.  Volunteers filled two dumpsters to clean it out.  An architect was hired  to make exterior plans and specs for the inside.  The first floor was to be the new NHS office and the second was to be  rented out.  This picture shows it shortly after the fake brick asphalt siding was taken off.

that the porch was only on the front of the house.  It was decided to put an appropriate one back.

The home was featured on the ElginHistoric Housewalk.  Click here to view the booklet page which gives some history of the home.

NHS sold the home to a private homeowner who owned it for many years. She lost her job and could not maintain it.

A flipper bought the house and with the help of a city grant put all new siding on the house, restored the porches and upgraded the interior nicely. 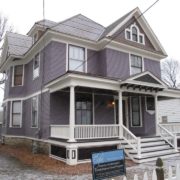 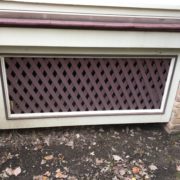 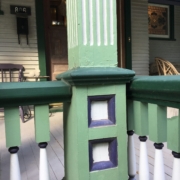 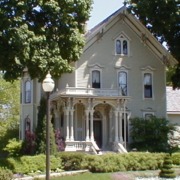 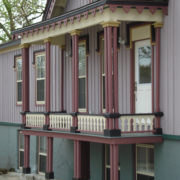 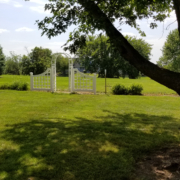 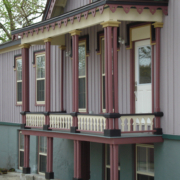 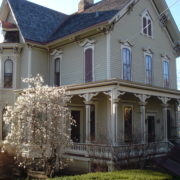 Our Back Porch
1 reply

The Saga of My Wood Lathe